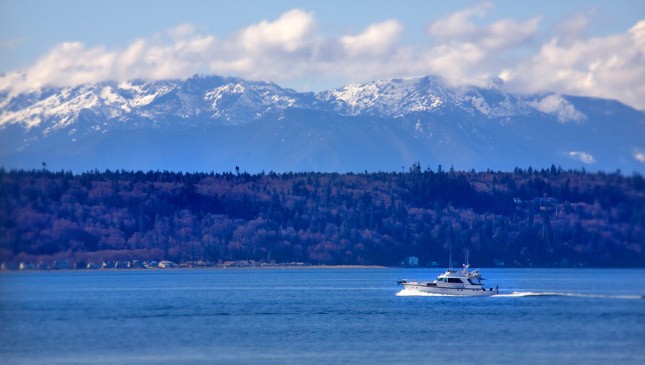 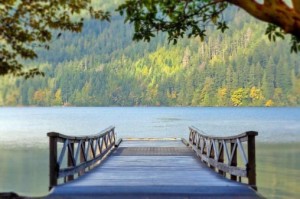 Outdoor Action
Dungeness Golf and Country Club
A scenic course with the Olympic Mountains in the background. Par 72. Features a unique crab bunker. Open to the public.

John Wayne Marina
Enjoy boating at this lovely marina built on land donated by the film star who often vacationed in Sequim.

Fishing and Crabbing
Fishing, both fresh and salt water, is a primary attraction on the upper Olympic Peninsula. Winter and summer run steelhead in the numerous rivers can produce a contest any angler dreams of. Salt water fishing is excellent for salmon, and blackmouth fishing is excellent January through March. The area is also famous for its Dungeness Crab.

Interesting Excursions
New Dungeness Lighthouse
The New Dungeness was lit on December 14, 1857, the first to be lit in the Strait of Juan de Fuca-Puget Sound areas. It is still staffed by volunteers and is open to visitors hardy enough to walk out the 6 1/2 mile spit (or clever enough to arrive by boat).

Olympic Game Farm
The Game Farm is the home to many endangered and non-endangered animals, many of whom are veterans of the silver screen. Driving tours are offered year-round and walking tours are given during the summer season.

Historic Dungeness
Visit the sites of old town Dungeness on this interactive history map of the area. Click on places or names and learn their history. 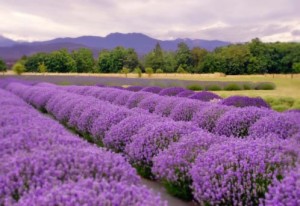 Sequim
Sequim is a great home base for lots of interesting excursions, but it also has much to do if you would prefer to just hang around town.

Port Angeles
Nearby Port Angeles is the gateway for the Olympic National Park, Hurricane Ridge Entrance, as well as a good place to catch the ferry for Victoria, BC, Canada.

Seattle
Seattle is the entry way to the peninsula for many, as well as a destination in its own right.

Victoria, BC
A ferry ride from Port Angeles to Canada’s lovely Victoria is the start of a lovely day trip or overnight excursion.

Useful Information
Sequim Weather Station
Sequim is known for its protected position in the rainshadow of the Olympics which brings it more sun and less rain than the rest of the northwest. Visit the weather station to see what the current weather in Sequim is.